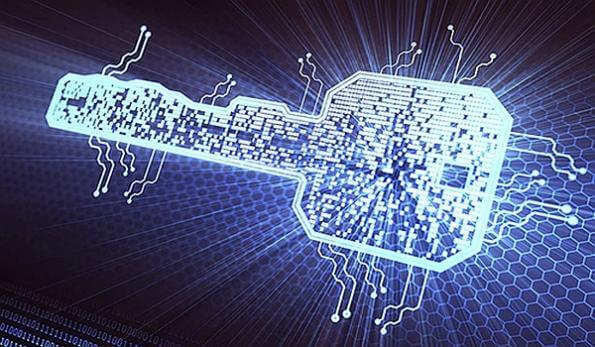 To co-inside with my attendance tomorrow at the 2nd International Conference in Blockchain, Identity and Cryptography in Edinburgh, MIRACL will announce details of its new cryptographic library – MIRACL Core (V4).

Years of experience and development, combined with a deep understanding as to what is needed in a cryptography library from a commercial point of view, means this new offering is unmatched - and meets the needs of organisations seeking cryptographic solutions to ensure they deliver the absolute best in security for their customers.

MIRACL Core is well documented, self-contained, efficient, safe and available in a multitude of popular computer languages. It is designed for ease of maintenance and development with its thread safety, minimal use of resources, and lack of platform dependencies - a dream for software developers and Internet of Things (IOT) engineers alike.

Why is MIRACL Core needed? The world needs more cryptography. A lot more. We really need to encrypt everything that is stored or moved around, and only decrypt it when an intended recipient needs to see it. MIRACL Core facilitate this.

Since the advent of the internet we have been getting excited about the almost limitless possibilities. But somehow in our excitement we forget that there are bad actors out there, ready to exploit our utopian dreams for their dystopian ends. We invented email, and somehow the possibility of spam only occurred to us some time later. We don’t like to have our buzz ruined by such negative thoughts. In the Internet of Things, once the initial excitement wore off, we only gradually became aware of the massive downsides. Our security cameras instead of protecting us, could actually be used to spy on us.

So why don’t we have more crypto out there working to protect us, working to make things right again? You may be surprised to know that cryptography is one of the most active research areas in computer science. It can’t be said that cryptography has in any way failed to keep up with other developments. As the security landscape has gotten more complex, cryptography has evolved clever methods to meet and deal with those challenges.

But cryptography is indeed a complex and subtle science. It’s often hard to understand. Identifying and retro-fitting the appropriate cryptographic protection to solve a particular problem, is often not easy.

If a producer does want to integrate cryptography into a product, they quickly run into some friction. It can be hard to find the right tools. Many of them are written by academics with little business empathy. Simply put academics mainly like to just impress other academics, and the commercial relevance of their efforts would be very much a secondary concern. Indeed academics led the way in eagerly giving stuff away for free, as if to prove their academic other-worldliness.

Instead big companies employed software engineers and encouraged them to develop closed source tools, which by their very nature were not properly peer reviewed and not tested by disinterested third parties for security weaknesses.

So, if you are belatedly recognising the need for some solid cryptographic protection for your shiny new product, and you don’t want sleepless nights worrying about headlines screaming that your product has been hacked, and that it in fact represents a clear and present danger to your customers, get in touch with MIRACL today to find out how MIRACL Core can meet your security needs: info@miracl.com


Dr Michael Scott is Chief Crypto Officer at MIRACL – www.miracl.com, one of the pioneers of Pairing-based Cryptography and the “S” in the widely used BLS and KSS families of elliptic curves. Following a distinguished career of almost 30 years at Dublin City University and an active consultant to both public and private sector, his unmatched depth in knowledge is drawn not only from his academic expertise - he’s published over 100 highly cited papers – but his genuine love of cryptography and the science behind this.

To find out more about MIRACL solutions visit www.miracl.com

£/month
Why MIRACL?
Options and Features